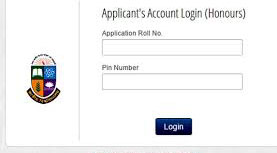 2. 2nd merit list Result 2015 students have to submit printed final online admission form with registration fee (according to admission instruction 11) to their respective college from 04-02-2015 to 09-02-2015.

4. Admitted student’s registration fee can be submitted in any Sonali Bank branch by ‘Sonali Seba’ from 05-02-2015 to 10-02-2015 instead of doing National University’s D.D. First you have to download the payment slip after Log In & clicking ‘Admission Payment Info (Honours)’. In the pay slip 2014-15 sessions’ 1st year graduate (honours) admission test’s registration fee submission account number 100000134 with the total amount have to write & with its printed copy he or she has to collect the voucher from any Sonali Bank branch where ‘Sonali Seba’ exists.