Primary and Mass Education minister Mostafizur Rahman said that there will be no Primary School Certificate (PSC) exam from this year. In addition to that primary school completion exam will be held at the end of class 8. By this, primary education in Bangladesh has been extended to class 8 from class 5.

The minister briefed the reporters at his office on last Tuesday. The decision will be now sent to related ministry for final approval. Earlier, Primary and Mass Education secretary Humayun Khalid said that the minister has suggested the authority concerned to submit the proposal seeking for cancelling the PSC exam to the cabinet body. 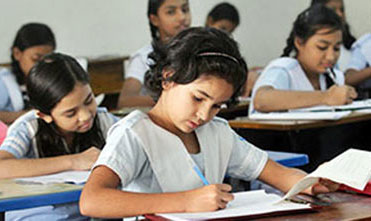 Mustafizur confirmed the news while asked about it and also added that the decision was permitted by the concerned authority.

However, the decision of continuing scholarship at the end of class 5 has not been taken yet. So it is not still sure, whether the student will get scholarship from now onward based on their result in class 5.

Primary and Mass Education minister also said, “I am confirming that there will be no PSC exam from this year. The exam will be taken at the end of class 8. However, the minister will decide whether the exam name will remain Primary School Certificate or anything else. ”