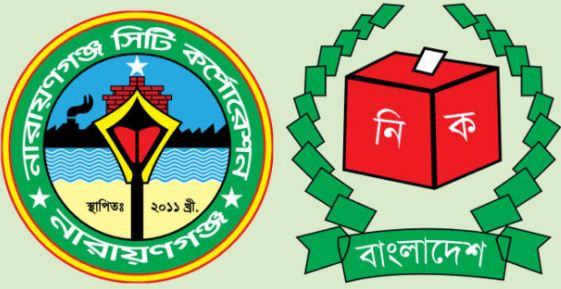 Election in Bangladesh generally takes place with a festive mood provided that the ruling party put no influence over it. This time Narayanganj city corporation election will be different from the past as the candidates will be use their party symbol this time and it will be the last election under this election commission. Chief Election Commissioner Kazi Rakibuddin has said that the election will be a highly recognizable one as it will be free and fare.

People of Narayanganj, on the other side, have high hope regarding the election as they really want to put their votes in the volt and elect the eligible candidates. People of all walk crowded the places where the candidates went for their election campaign however; there are still some concerns to think about. In a meeting with the citizens of that area, it was discussed that the candidates who will be fighting for councilors posts have their loopholes and are indeed not competent enough to get theses posts. A few of them have corruption case against them and it is of course a matter of deep concern.

In total seven candidates are there against the Mayor posts and almost all of them have goof image. Awami League candidate Dr. Salina Hayat Ivy and BNP supported candidate Sakhawat Hossain also have clear and pretty good image and they were positive enough in their campaigns as there have not been any unnecessary arguments or fighting. Ruling party will be looking forward to continue their winning streak while BNP is ready to challenge them. Shamim Osman, the man behind the scene, apparently took himself away from the lime light. But there has been news that he is forcing the authority concerned to elect his councilors in the election.

Overall, Narayanganj city corporation election is supposed to be a good one as almost all the things went smoothly so far without any prior unjust. Narayanganj City Corporation Election Result 2016. So we can be hopeful enough to witness a free and just election today.