Dakhil Exam result 2015 has been published on 30 May, 2015. Dakhil is the equivalent degree of SSC for Madrasah student. Bangladesh Madrasah Board is the authorized organization to monitor the whole procedure including taking exam, checking scripts and publishing Dakhil result each year.

As it is the eve of Dakhil result 2015, here we present all relevant information regarding Dakhil exam 2015. Interested people especially Madrasah student are therefore, requested to keep their eyes sharp to find all the updates. 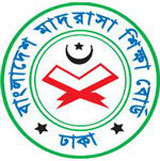 Dakhil Exam 2015 Information:
This year Dakhil year was started from February 2. After facing many difficulties due to political turmoil the exams had been lasted for more than 2 months. According to the statistics of Bangladesh Madrasah board this year total number of candidates appeared in Dakhil exam is 2 lakhs 56 thousands 380. This large number of students are now waiting for the final result.

How to get Dakhil/SSC result 2015?
Bangladesh Madrasah Education Board will publish the Dakhil result 2015 in their official website. The website link is therefore given below. Candidates are requested to check the site every now and then for latest updates.
http://www.bmeb.gov.bd/
Another link has also be given to find out the result for both SSC and Dakhil.
The result can also be found by teletalk SMS. The format is given below

To find SSC result the SMS format is provided below