Bangladesh Civil Service (BCS) exam is something which is entirely valuable for a number of students of Bangladesh who have long cherished dream to work as government employee. Among a number of participants only a few get chance and pass in the BCS exam. Today we will tell you the story of a man, a blind man who has touched the pinnacle of success tackling away all sorts of obstacles. His name is Mahbubur Rahman who was selected as BCS Cadre in education category in 34 BCS exam. Stay connected to learn about a man who is full hope life spirit. 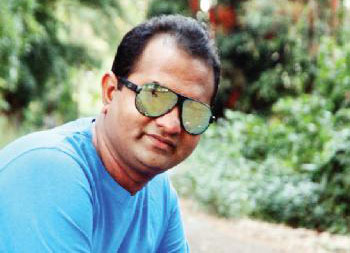 Mahbubur Rahman: Hope Never Dies :In this world almost all of us lead a simple life with the blessing of almighty. But a few finds it hard especially who are physically handicapped. Mahbubur Rahman, being a blind person had done something which is literally outstanding. Mahbubur Rahman had participated in 34 BCS and had been passed in Education Cadre category. Being a blind man, he actually set up the new example that if you can help yourself, if you never lose hope then nothing can stop you.

Life Story of Mahbubur Rahman : A Truly Inspiring One (BCS)

Mahbubur Rahman passed his SSC exam from Molovibazar Government High School. Then he admitted in Zalalbad Cnatonment Public School and College from Sylhet and passed HSC. After that he opted to admit in Dhaka University. But it was very hard to take preparation as there is no specific lecture or guide for blind people. At that time his sisters used to record the lectures and gave him to listen and study. By this he was able to get chance in English Department of Dhaka University.
After passing from Dhaka University he took preparation for BCS exam. One of his known people named Sawpan was his initial inspiration and later his family helped him a lot to reach his goal and get chance in BCS exam. Mr. Mahbub said that his dream is to join in the noble profession of teaching and participate to build an educated nation.

We hope, Mahbubur Rahman will be entirely successful to fulfill his dream and following his footsteps, a number of handicapped people will come and join in mainstream jobs which will make our country a better place to live.