Bangladesh Police SI & OC Job Circular 2016. In reference to the local and political lobby, so far OC and SI are appointing in all metropolitan cities’ police stations. But from now it will be stopped and the appointments of these posts will held according to specific guideline and policy. 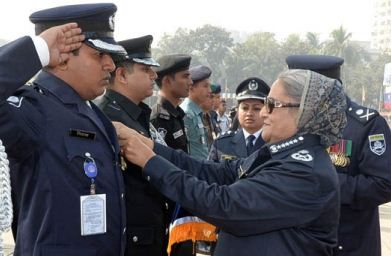 That police who has given punishment in their service life, or convicted for financial amusements or  beach of moral discipline will never be an OC, inspector or SI. In addition, those who will show their sincerity, modesty, and public service orientation will get priority to appoint in those posts. Recently a policy guideline has issued from Police headquarters regarding this. In coming July a huge appointment is considering for the post of OC and SI.

A high-level  five-member selection committee is formed for selecting inspector and Sub inspector  in police stations. In the police station , now there is 3 post for the inspectors. Now to appoint in the metropolitan police station, this year a policy guideline is issued where 8 policies are enacted.

But, in the last year of service, due to the convenience of retirement, this policy can be relaxed.  But if any financial amusements against any officer happen and punishment is given because of that, he will be considered ineligible to be posted as inspector or sub-inspector  in police stations.

To be posted as OC or SI in the metropolitan police station, more conditions are added to the new policy. The officer must be passed H.S.C.  Those who are sincere, modest, people-oriented and service-oriented in policing programs will get priority to be posted in metropolitan police stations. It is also discouraged in the policy that the same officer  is posted repeatedly in the same metropolitan area. Bangladesh Police Sub Inspector (SI) Job Circular 2016.

In addition, it is forbidden that officer above 54 years to be posted as inspector or sub inspector. For appointing in metropolitan police stations, a high-level committee is formed for selecting inspector and SI . In that committee, the head is  DIG (Administration)  and other members are DIG (establishment), AIG (establishment), AIG (PIO) and Deputy commissioner of metropolitan ( Headquarter and administration.).