She wishes to develop this force’s capability and increase this manpower. As per that declaration, this 34000 police is going to appoint. The appointed process is  almost at the end. 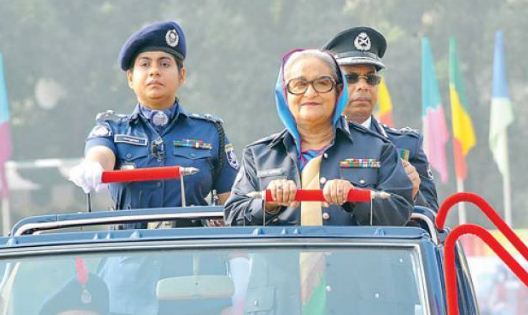 To eliminate the terrorist, a strong and powerful city unit ( anti-terrorism and transnational crime unit)  is already created. All over the world , many countries have such type of unit. Bangladesh wishes to make it more strong and powerful.

Terrorism is rising all through the world. Bangladesh is not out of it. This unit will work to eliminate this type of terrorism.  he cabinet has already given the permission to create metropolitan police in Gazipur  and Rangpur. It will come soon to the parliament as a bill. The state ministry has informed that female soldiers have appointed in BGB. 200 female soldiers are appointed in BGB. For BGB welfare, Simanto bank is opened.

Bangladesh is working hard to lessen the border killing. The government does not want  that any people even a signal number of people will kill in the border. Whenever there is a killing at the border, the flag meeting would be there and direct communication with India  is made instantly.

Some BSF and  soldiers from our side  are doing such sometimes  and both governments is trying  and are promised to stop border killing . Both countries are taking steps  to lessen this border killing. To make the people hassle free, E- passport is going to issue.

PM of Bangladesh has given permission for activities for E- passport. 1 crore and 51 lacs people  who are working abroad have given MRP passport.  All these things are stated from the state minister in a meeting  .