Dhaka University Admission Suggestion & Previous Year Question Paper Solution. The admission test session of the country  will start soon. We arranged a discussion with some tops who secured their first position in different places in the admission test. 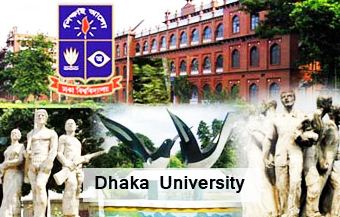 They disclosed someone about their preparation and the way of studying to get chances in their dream fields. One of them said that the way of preparation for someone is really really different from others. So, she felt it is not worthy to suggest others . Some other argues with evidence that suggestion from successful people works a lot.

The tops also felt that they are not still in a position from where they are able to give suggestions. So, the way of their talking is like  a story telling.

How many hours they study per day

Parents and also some student still believe that for getting a chance in University, they have to study a lot. They have to discard their all other daily life activities except study. But the tops disagree with it fully. The student who stood first in BUET told that he practised math a lot. But he was also involved in English debating. This thing also helped him a lot. The student who stood first in KHA unit of DU, she expressed the way differently. The journey of admission test is not limited to this 3 months. It starts at the beginning of your college life. She felt that regular TV watching, reading the newspaper and gather with friends should be common phenomena and helpful too to get a chance. But all agree  that it’s your way how many hours to study but involving with others daily activities that will develop your knowledge .

The tops disclose that their determination is really high . They get inspiration from their family regularly. One of them missed GPA 5 in SSC but she turned back in HSC and stood first in admission test of Dhaka university. So, the determination of the student is most powerful to get a chance in university. The will to where the student wishes to get admitted is also important , they said. Parents should leave something to the student. The tops feel that pressurize to someone to get admit is not worthy. If the applicant willingly to admit on some specific subject, the parent should patronize it, if it is not so bad. So determination and inspiration are two other main things for applicants.

The tops have their own opinion regarding admission test method. Som argue that it should be in a combined  way. But the first of MBBS pointed that taking a combined admission test for medical was failed and controversial for last year as test question was out before  the exam. So, another said that if the authority has enough manpower to handle the corruption of disclosing the question then it could be . Otherwise not. But if the test is in a combined way for all universities, then it lessens the pressure  for students and saves time and money.

Confusion to get chance-

The top four agree that they were quite sure they would get a chance even though they were not sure about their position in the test. If any student is weak at some subjects, he/she should practice that more. Every mark in admission test is important as 1 mark can make your position far from the required position. But if the applicant feels that he give a good admission test, the possibility to get a chance will higher. Dhaka University Admission Suggestion For Ga Unit.

Last verdict from them

Don’t sit for the admission test in any subject due to your friend is going to take that text. Think about you. Whatever may be the subject, you can do well there. So, don’t be upset for subjects . The question which is hard for you, it is also hard for others. Do, don’t be frustrated. If you are not so passionate to serve  the mass people, don’t take a chance in medical.